How Much Do Doctors Make In Canada? 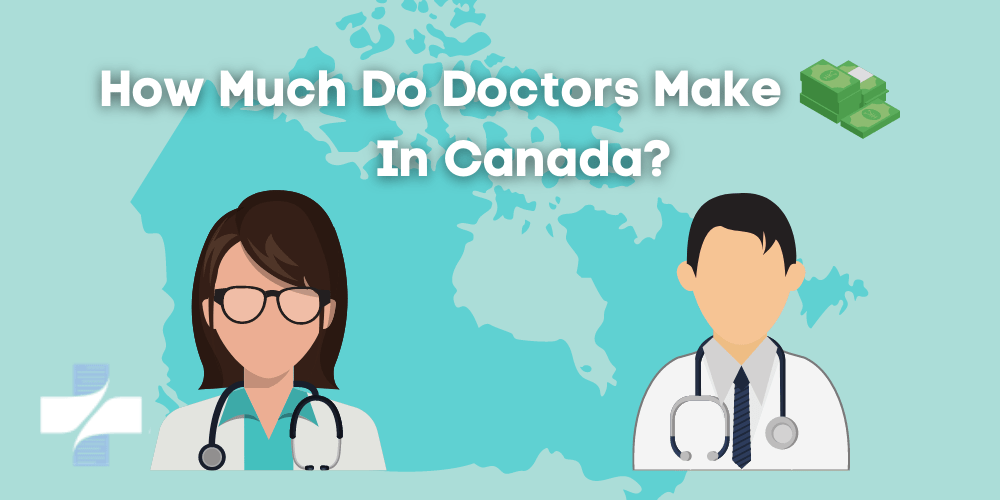 How Much Do Doctors Make In Canada? is the question people are very curious about. Apart from having the privilege to serve the needy, medical professions also come with healthy pay. Before entering any career, anyone would be interested in knowing the monetary reward it would give. Students, who are interested in pursuing medicine always have the question How much do Canadian Doctors Earn in a Year? or What is the average doctor salary in Canada?

The number of doctors and their earnings in Canada has been rising steadily throughout recent history. By 2015, there were roughly 228 doctors for every 100,000 people in the country and the average earnings of Canadian doctors as per the data of 2018 was $307,482. However, there is a huge variation in the earnings, not just on the basis of specialization but provinces. So let us study How Much Do Doctors Make In Canada in different provinces to get a better understanding. 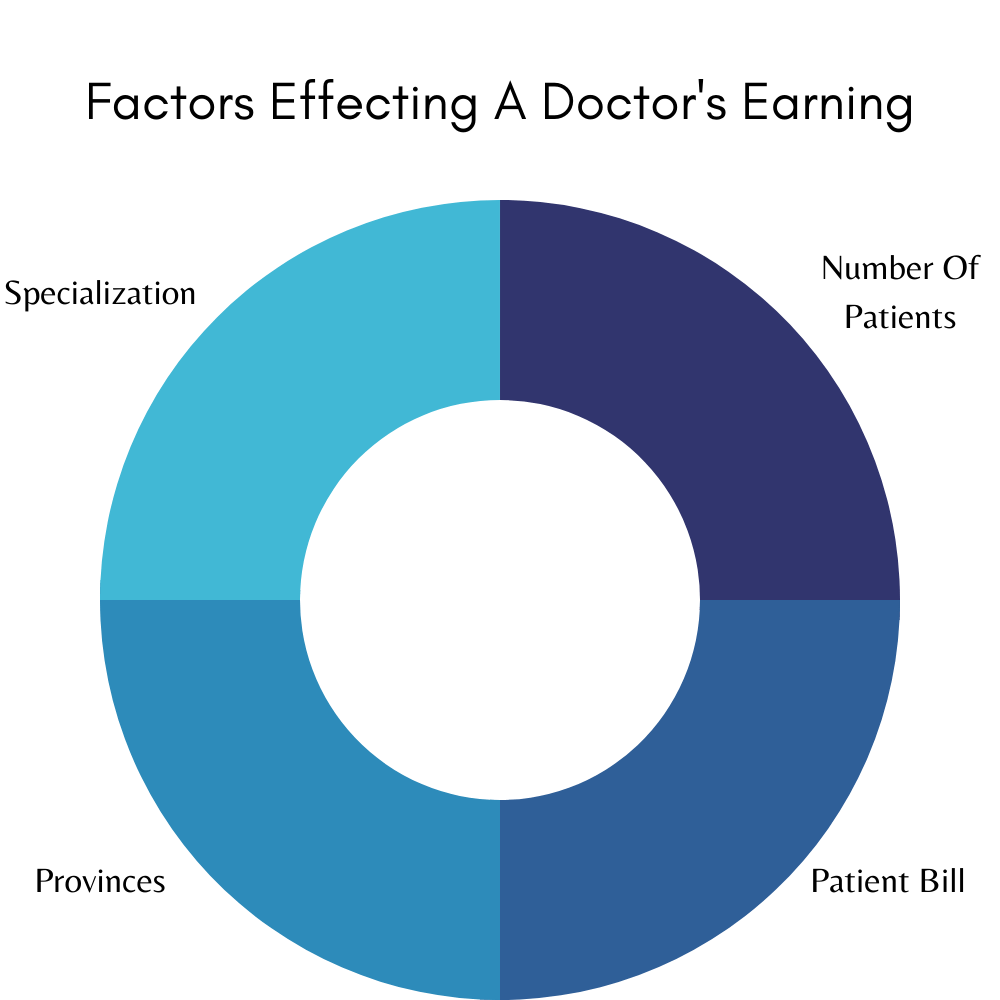 The average doctor salary in Canada ranges from $278,000 for psychiatrists and over $769,000 for ophthalmologists comes from several sources like the number of patients they see per day, the amount they can bill for the patient, and the province where they work. Among the three mentioned factors the number of patients per day is the factor that plays a key role in determining the salary of the majority of doctors in Canada. 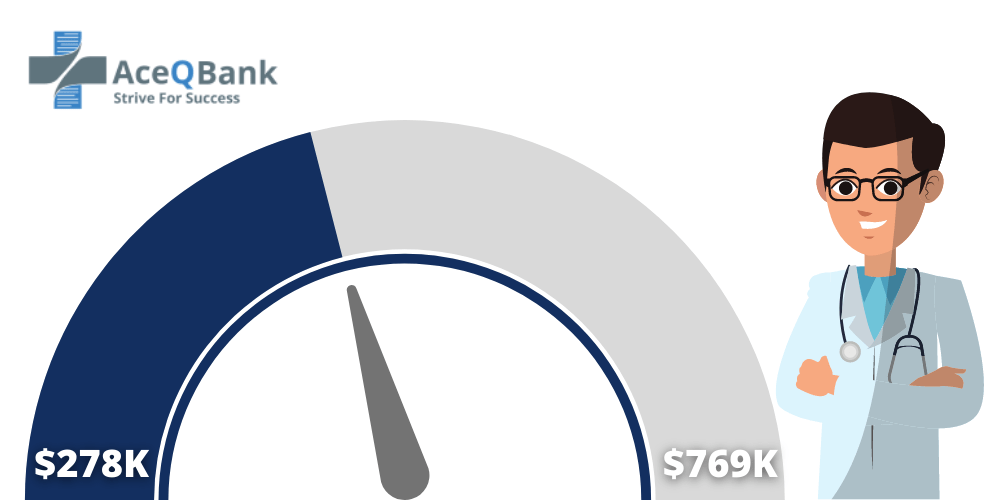 Clearly, the number of patients that a doctor sees per day, is not the only determining factor. It is apparent that family physicians see more patients per day, but based on the Canadian Institute for health information (CIHI) specialists bill a higher rate per patient. According to the CIHI, the average cost per service for a family physician was $47, whereas for a medical specialist and surgical specialist was $82 and $89 respectively.

Sign Up To Become A High Paying Doctor In Canada

Finally, the location where doctors choose to practice. All provinces and territories use the fee-for-service model that permits physicians to bill the government for every patient they see, but the amount that doctors are allowed to charge in each province is different. These differences ultimately led to noticeable differences in doctor’s annual salaries, for instance; family physicians earn an average doctor salary of $217k per year in British Columbia (BC) and $309k in Ontario. Therefore, a doctor’s annual salary in Canada will depend on how many patients they can see, how many hours they work, and how much they can charge for each service. Lets see how much do doctors make in Canada in different states. 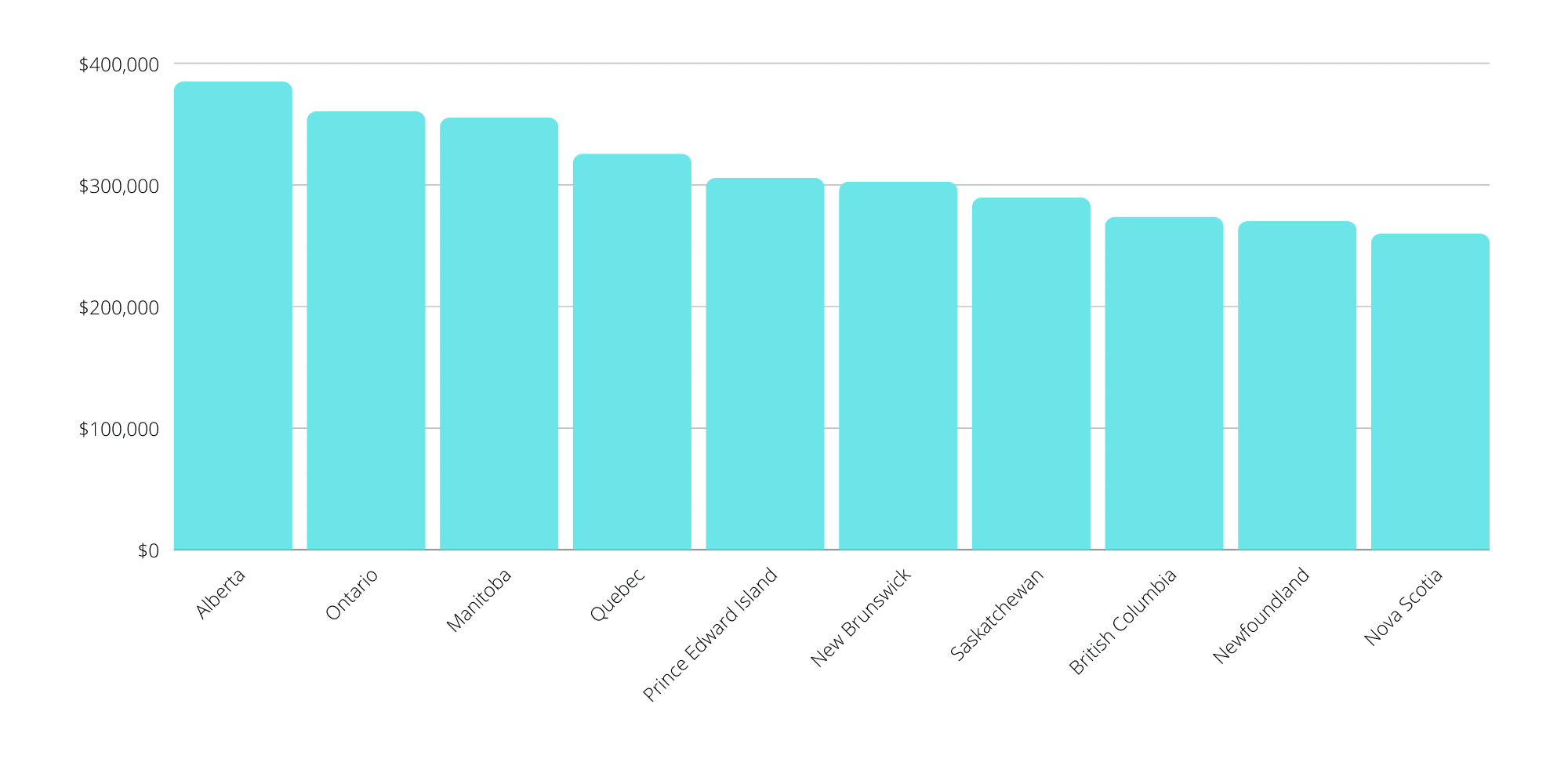 Following is a list of the average doctor salary in several provinces below: 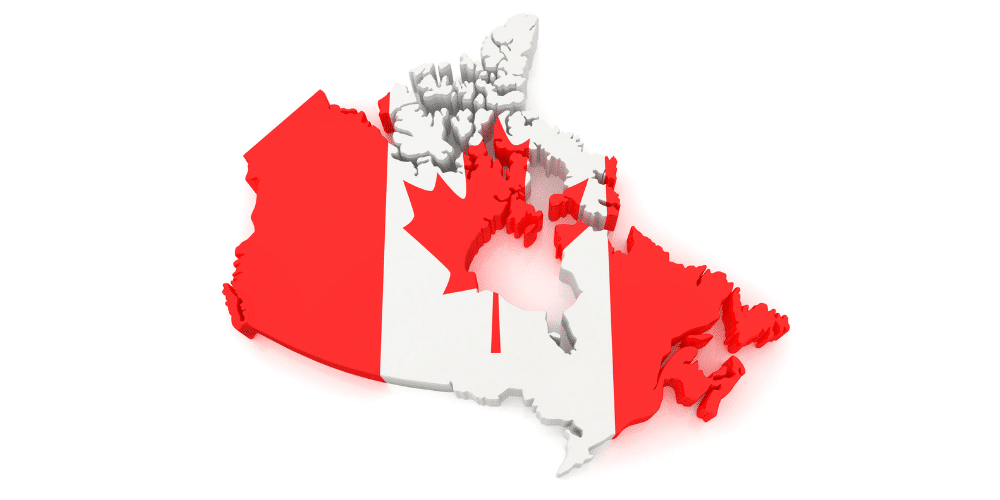 Doctors in Alberta are earning quite well in comparison to the national average at about $384,380 a year which is the highest in the country. This makes Alberta a preferred province for physicians to locate their practice in. It could be a reason for the growing doctor population in Alberta compared to that of many other provinces. Specialized doctors are well in demand too in Alberta.

How much do surgeons make in Ontario? Is the most asked question. Ontario has very few regulations in controlling the earnings as compared to other provincial governments even though the state is highly populated. The doctors in Ontario earn an average of $360,000 per year which is a little better than the national average. There are also no disclosure requirements about the earnings, unlike other states.

Manitoba has a law that mandates doctors to report their earnings to the government every year as they are considered to be public-sector employees. The amount a doctor earns in the province varies heavily with specialization. An ER physician earns a heavy sum of $680,000 every year at the peak while the average salary of all types of doctors combined is only $354,705 per year.

How much a doctor earns in Quebec is widely varied based on specialization and expertise. The average salary of a doctor is $325,000 yearly which is at par with the national average in Quebec, but many feel that earnings are quite disproportionate and the incomes should be distributed fairly in all sectors of the healthcare system. The income level of specialists and surgeons is much better than general practitioners in Quebec so the average level is not a good representation here.

The salaries of doctors in Prince Edward Island are comparable to the salaries of a doctor in New Brunswick at about $305,091 per year. Doctors in Prince Edward Island can earn without any limitation due to the policy of the fee for service where there charge for every individual service provided for a separate charge. There are many doctors here earning more than $1 million per year with some reaching as much as $1.4 million each year for specialization.

The salary that a doctor earns in New Brunswick is almost at par with the national average at around $302,123 per year. It is low in comparison to some high-paying provinces, but it can still provide a good standard of living in New Brunswick. However, highly specialized doctors at the top earn more than $1 million per year but the number of doctors that earn this much is just top of two dozen as per MCC data.

The earnings of physicians in Saskatchewan are regulated by the government. The Medical Council of Canada has capped the amount that doctors can charge for services that are covered by insurance. Thus, the earnings of doctors are restricted, but they are still earning a very fairly good salary at $288,995 per year.

British Columbia government releases a paper every year with the assistance of the Medical Council of Canada known as the Blue Book. This document is based on surveys and studies which show how much different types of doctors earn on the basis of their specialization. According to this paper, the doctors in British Columbia earn an amount lower than the national average in every specialization. A family doctor here earns about $273,000 per year on average.

Newfoundland is the worst performer in terms of paying their doctors among all Canadian provinces. The average earning of doctors here is very low at about $269,646 per year. This has caused growing distress among the doctors here and led to petitions to the Medical Council of Canada urging an increase in their pay. So, Newfoundland is the least preferred place for doctors to establish their careers.

Nova Scotia pays very moderately in comparison to other provinces in all professions, and medicine is no exception to this. In a year, doctors here earn about $259,368 a year which is well below the national average. Thus, there is a huge dissatisfaction between the doctors here and a desire to work in other provinces if they can.

The Average Annual Salary Of A Doctor In Canada Is $312231 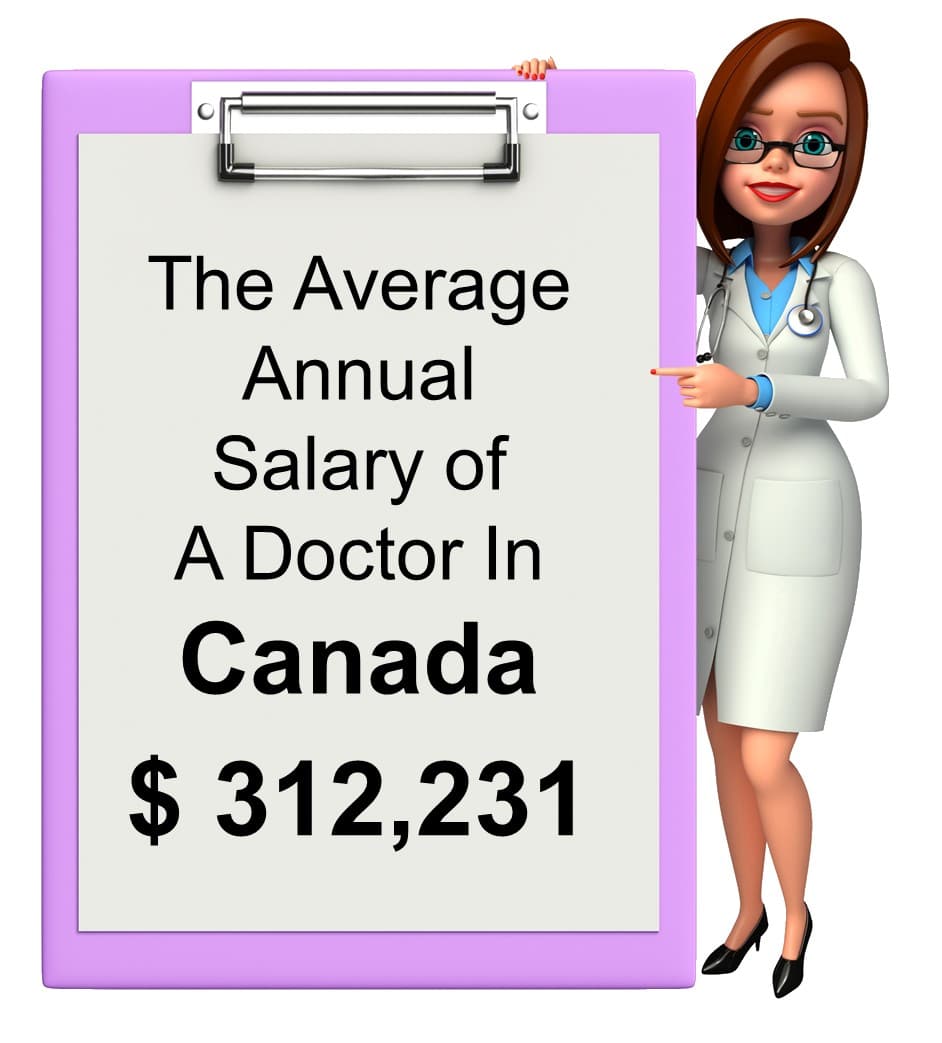 The important thing to remember is that these numbers are averages across all specializations and fields of medicine which have huge variations in their pay. The earnings of doctors are highly disproportionate with specialists in high-paying areas earning very well as compared to some doctors who struggle to pay their staff and cover their expenses. A successful doctor can earn 10x than an average doctor in low paying area.

Let us show you why Ace Qbank is the best question bank for the medical council of Canada qualifying examination (MCCQE) part 1 exam preparation. You’ll never know if you don’t try. What do you have to lose? 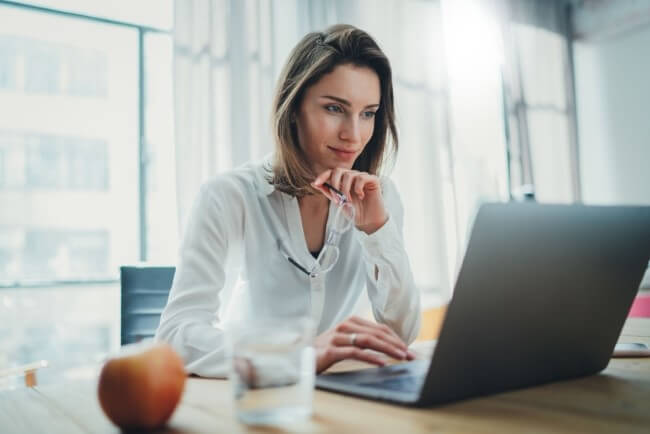